The good, the ugly and the future of pensions (Part one)

For many years pensions have been looked at by many with an air of caution and suspicion.  In part one of this two part article, I aim to outline some of the key reasons behind why individuals are suspicious of pensions.  In part two, I’ll be busting some of the myths, and giving my practical tips on how companies can engage employees to ensure employees they have a better understanding, and are getting the most from their savings.

The ugly side of pensions (part one)

Pension – Deriving from the Latin word Pendere (to pay)

Why have pensions got such a bad reputation?  —

— After all, they are only a tax efficient savings scheme.   And for most, they represent a really important part of people’s future planning.  In fact, 40% of wealth in the UK is held in pension schemes.

Retirement provision has been around since Roman Times.  Roman soldiers were offered an annuity in exchange for their service and there is even a belief by some that an unfunded government pension scheme contributed to the fall of the Roman Empire.  So people may have been cursing pensions even in Roman times.

I remember when I first entered the world of Financial Services.  I visited one of our clients with our founder  Colin Brim to run a benefits presentation.   After the session, we sat down to speak with the employees individually.  This was before the world of Workplace Pensions so employees were expected to sign to join their pension.   The employees were required to pay 3% of their basic salary, and in turn, the company paid 5%.

One young man sticks in my mind from that day.  He burst through the door and without taking a seat he proclaimed:

“I’ve got no interest in joining the pension.”

“Ok, would you like to sit down so we can at least show you how this could benefit you?”

“No.  I’m sorry I’m not interested at all.  My Dad has lost a lot of his savings through pensions and he’s told me never to do one.”

And that was that.  I found this pretty interesting.  We’d encountered employees that day who could not afford to contribute to their pension, but this was different.  This individual’s father had obviously had a negative experience with pensions and this resonated, because my mother had been a victim of the Equitable Life scandal, where savers had their pension funds slashed.

Thankfully, my mother ensured her own negative experience didn’t impact my own decisions.  I left school not really knowing what I wanted to do with my life. I joined a local finance bank to work and study.   After I’d completed my apprenticeship, I had the opportunity to join the Company pension scheme.

I went home to discuss it with my Mother and Father.  Given my Mum’s negative experience with Equitable Life, I wasn’t expecting my Mum to be very positive:

“If I pay part of my money in, they’ll pay some as well.” I said

“Well if a company is contributing into it Dave, don’t ask any questions.  Just do it.  You’ll not get that money any other way.”

Today I am grateful that my Mum had the wisdom to not pass on her own negative experience.  Her advice means at a relatively young age, I already have almost twenty years of built up pension funds.

It’s important to highlight that pensions still represent the most tax efficient way to save for your future.   Here I will share some key events that I believe have had a serious negative impact the way people perceive pensions:

‘I own the pension scheme’ the media tycoon once proclaimed.  Alarm bells should have been ringing there and then.   Instead, Robert Maxwell was able to syphon off the savings of Daily Mirror employees to the tune of £400 million.  He used employees’ savings to prop up his other failing companies, along with use for personal purposes.

Following his death in 1991, the sheer magnitude of the scandal came to light.  32,000 employees were affected and thousands were left devastated at the prospect of having their retirement plans obliterated.  The press rightly gave the story a lot of coverage.  Widespread regulatory changes followed with the aim of preventing such catastrophic abuses happening again.   Today, the situation has improved dramatically, however, the recent BHS and Carillion debacles is a stark reminder of the work that is still to be done.

2. The withdrawal of dividends tax (Gordon Brown and the Fund Managers)

Once upon a time, individuals would more commonly work many years for the same company.  At the end of their service they could retire on a proportion of final salary for the rest of their days and live the lifestyle they wish to live.   Of course, this wasn’t the case for all, but what is true is that whilst these type of pensions still exist today, they are becoming less and less common.

Gordon Brown is a key contributor to the nail in many ‘Final Salary scheme’ coffins.  In 1997 he withdrew the tax relief given on dividends that were paid into pension funds. Calculations have stated this decision could have affected savers by up to £100 million pounds.   The managers of many of these funds were not blameless.  They should have reacted to the scrapping of tax relief and increased contributions from its members.  Most didn’t, and this in conjunction with the change in legislation was a large contributor to deficits appearing in Final Salary schemes.  Ultimately, many schemes we’re shut down to new contributions.

3. The mismanaged and overvalued (Equitable Life)

Imagine having a small Picasso on your wall.  You think it’s worth millions but then discover it is a forgery and is worth a small fraction of the amount you expected.

This is similar to what happened with many individuals trusting their pension savings with Equitable Life.  Savers were told their pension funds were far more than they actually were and in 1999, a high court decision demanded the company brought their accumulated funds in line with reality.  Not only this, but savers that already had pension in payment had to suddenly receive a reduction in the income amount they’d been promised.

The above provides a snapshot of reasons as to why many people in the UK hold negative perceptions  on pensions and there have been many more as outlined in this 2010 article by Citywire.

Of course, when you read the above, it’s easy to understand why so many people mistrust pension schemes.  The press are also prone to magnifying the problem, and it would be easy to believe the majority of pensions are ‘bad’.  The reality is different.

It’s very important that all individuals have decent retirement provision and whilst the mistrust of pensions is understandable, we have a responsibility in our industry to ensure individuals are not put off saving for their own retirement as this would be detrimental to them.

Next week we will be releasing part two of this article where we provide perspective and give you our six great tips for improving pension engagement and communication.

If this has been of interest or you would like support with anything ‘financial’ we’d love to hear from you. 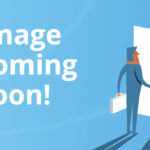 The perfect workplace pensions solution Previous post
The good, the ugly, and the future of pensions (part two) Next post 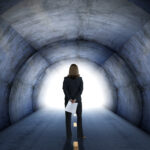 This website uses cookies to improve your experience while you navigate through the website. Out of these, the cookies that are categorised as necessary are stored on your browser as they are essential for the working of basic functionalities of the website. We also use third-party cookies that help us analyse and understand how you use this website. These cookies will be stored in your browser only with your consent. You have the option to opt-out of these cookies. But opting out of some of these cookies may affect your browsing experience.
Necessary Always Enabled
Necessary cookies are absolutely essential for the website to function properly. These cookies ensure basic functionalities and security features of the website, anonymously.
Functional
Functional cookies help to perform certain functionalities like sharing the content of the website on social media platforms, collect feedbacks, and other third-party features.
Analytics
Analytical cookies are used to understand how visitors interact with the website. These cookies help provide information on metrics the number of visitors, bounce rate, traffic source, etc.
Advertisements
Advertisement cookies are used to provide visitors with relevant ads and marketing campaigns. These cookies track visitors across websites and collect information to provide customised ads.
Others
Other uncategorised cookies are those that are being analysed and have not been classified into a category as yet.
SAVE & ACCEPT
Powered by